Portland Public Schools Educators are invited to shop the 2017 Portland Public Library Annual Book Sale and choose up to TEN BOOKS FREE for a classroom or school library. Please bring employee identification with you to the sale.

This is a Gift In Kind program unique to Portland Public Schools and the Portland Public Library.
The PEF Teacher Grants Program consistently demonstrates a need for books in PPS classrooms and libraries.

All of us at PPS and FPPS are immensely grateful to the Staff and Trustees at the Portland Public Library for their generosity.

Standing in the center of a noisy fifth-grade classroom at Lyseth Elementary School in Portland, Hannah Cordes gets the students’ attention by placing her thumb on her forehead and wiggling her fingers while she says, “Wapoosh!” The children repeat the goofy gesture—the “Silent Unicorn”—and settle into a seated circle focused on Cordes, education manager for Portland Stage Company, for today’s workshop. “What do you remember about the play?” she asks brightly, referring to Charles Dickens’ Holiday Classic, which the class recently saw at Portland Stage. “I liked the flying bed,” offers one girl. “No offense to Bob Cratchit, but he was acting like a doormat,” says a boy. 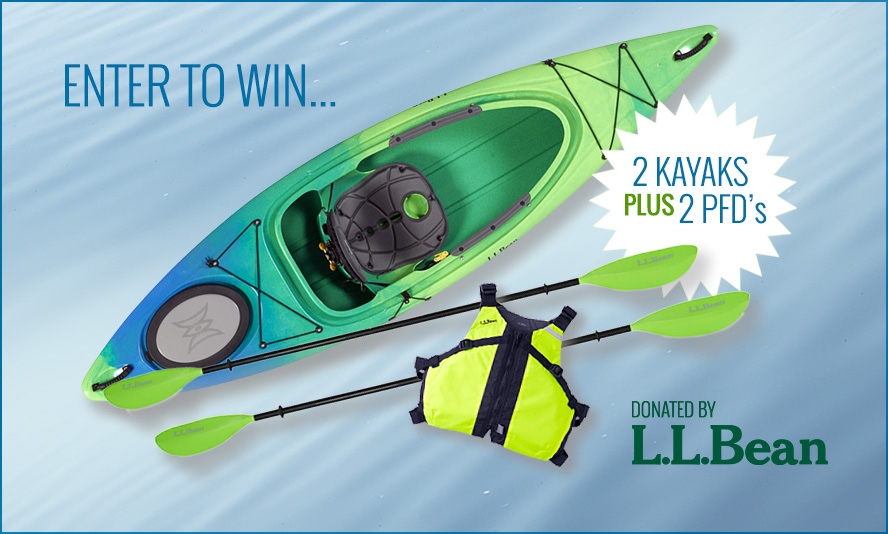 L.L. Bean has generously donated a set of two kayaks and two pfd’s that will go home with one lucky winner!

Raffle Tickets are $20 each, and there is no limit to the number of tickets you can purchase.

The winner will be chose at random on Monday, May 8th at the Foundation for Portland Public Schools Spring For Teachers event, an evening of fun, community, and support for the FPPS Teacher Grants Program.

Kayaks can be delivered to your home within a 10 mile radius of Portland. Or, you can arrange for delivery/pick up.

Tickets can be purchased online, or you can mail a check to FPPS at 353 Cumberland Avenue, Portland, Maine 04101. Checks must be received by 5/8 or the ticket holder will be ineligible.

(You don not have to be present to win.)

An anonymous donor is giving $450,000 to provide three more years of arts funding to the Portland School District, bringing his total contributions to more than $1 million in seven years.

The headline above is a bit misleading. The anonymous donor actually agreed to pay for every Portland Public Schools student to attend the Portland Museum of Art and performances by Portland Stage and Portland Ovations, in addition to the Portland Symphony Orchestra.

But the headline is pretty long as it is, so we just used the symphony as the ice breaker.

This is in a city where nearly half or more of the student populations of 10 public schools qualify for free or reduced price lunches — a metric commonly used to track childhood poverty levels. Admission costs are legitimate barriers to entry for many Portland students.

This anonymously funded access has been called Culture Club-Portland and is administered through the nonprofit Foundation for Portland Public Schools.

Local school and arts organization leaders are in fundraising mode to save a unique 4-year old program that aims to send every Portland public school student to multiple cultural events in the city each year.

Culture Club-Portland is intended to allow each of the city’s roughly 7,000 students to attend programs at four participating arts institutions every year: The Portland Museum of Art, the Portland Symphony Orchestra, Portland Ovations and the Portland Stage Company.

So far, the program has been funded by a total of $650,000 from an anonymous donor who lives in the city, but that funding runs out at the end of this school year, according to Kate Snyder, a former school board member who is now executive director of the Foundation for Portland Public Schools, which coordinates the “Culture Club Portland” program.

“It is critical that we secure funds for 2016-17 by late summer, and develop a long-term plan for sustainability,” Snyder said. The four arts organizations also subsidize the program, and the schools provide in-kind donations of time and resources, such as transportation to the events.

For decades — and still today — public schools in Maine have been funded overwhelmingly through property tax revenues and state educational subsidies.

But those funding sources are under constant pressure from taxpayers and lawmakers seeking to trim budgets and save money.

The draft Portland Public Schools budget for fiscal year 2017, for instance, factored in a $2.7 million cut in state aid — the kind of sharp change not uncommon from year-to-year,

Generally speaking, when schools are faced with the prospect of funding cuts, they circle the wagons around core subjects and classroom essentials. The state uses what it calls the Essential Programs & Services model to determine what each district receives in subsidies, and funds the necessities, but not coming close to funding what even the state would consider a comprehensive education.

Please join us on February 3rd! 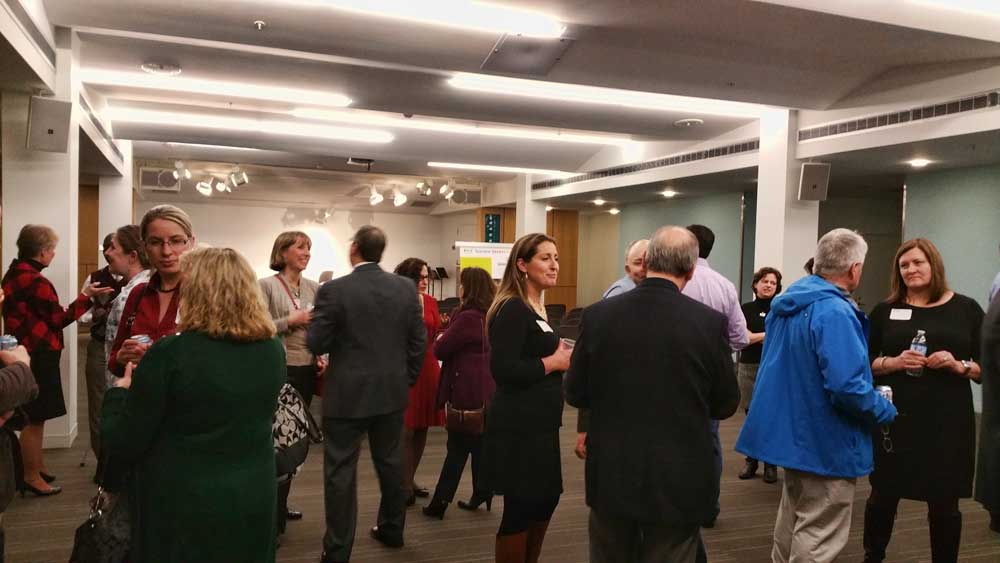 I have a “secret” to share: Culture Club Portland, a unique collaboration with our city’s cultural institutions to bring the arts to all Portland Public Schools’ students, is so successful it’s worthy of national replication.

But before that happens, I want to make sure everyone in Portland knows about Culture Club Portland.

The program, generously funded through an anonymous donor, is now in its fourth year of delivering outstanding arts and cultural opportunities to thousands of our students. Surprisingly, however, many of our community members – and even some school staff – don’t know much about it.

That’s why we’re now trying to raise awareness about Culture Club Portland. It’s a collaboration between four arts organizations – the Portland Museum of Art, the Portland Symphony Orchestra, Portland Stage and Portland Ovations – and the Portland Public Schools, along with the Portland Education Foundation.

Read The Full Article on The Forecaster 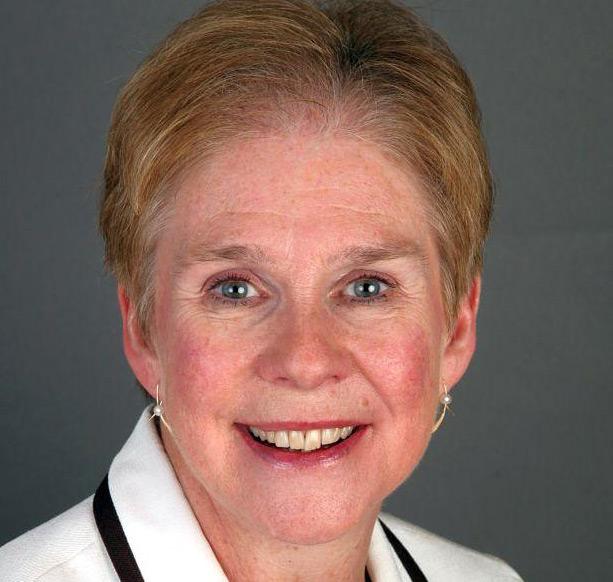 PORTLAND —Several local organizations are making it their mission increase students’ access to art both in and out of the classroom.

And now, a new ad hoc committee is the latest step in the organization’s efforts to get art into students’ lives.

Funded by $200,000 annually from an anonymous Portland donor, Culture Club – along with the Portland Education Foundation, which serves as the Club’s fiscal agent – has worked to bring arts programming into schools and allow the students to access the organizations free of charge.

Kate Snyder, the executive director of PEF, on Monday said the idea of establishing a Culture Club-Portland Ad Hoc Committee came up last summer as a way to look at the past three years and see where improvements can be made. The Maine Evaluation Collaborative at the University of Southern Maine has written reports on the program in each of its first three years, and recommended establishing the ad hoc committee.

Read The Full Article on The Forecaster.net 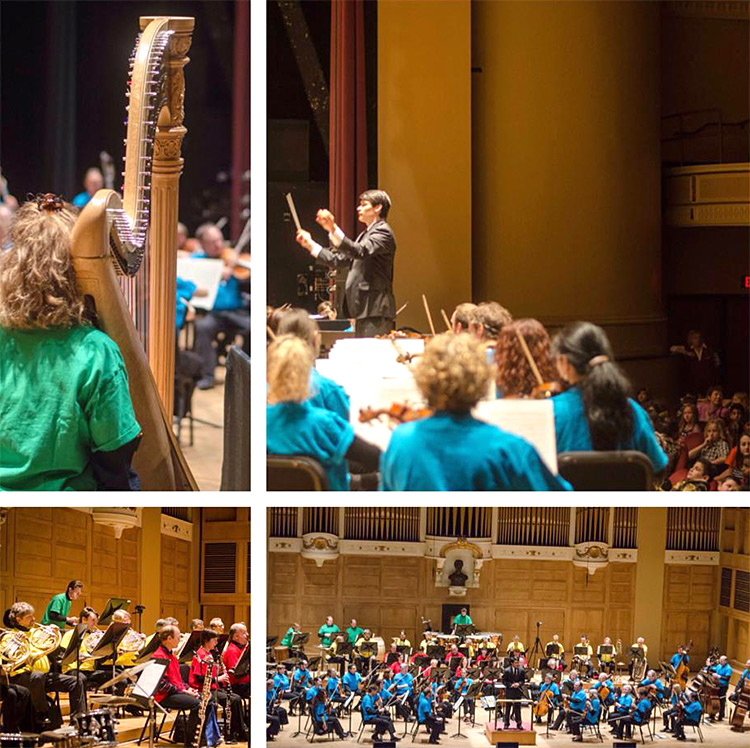