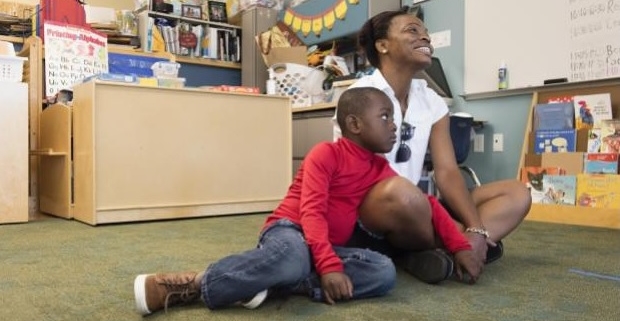 Article from The Forecaster, by Micheal Kelly

Portland school officials hope a $10,000 grant from UNUM that the Foundation for Portland Public Schools received last month will help to diversify the district’s staff and complement work underway in the Portland Promise, the district’s goal of rooting out systemic inequalities and attracting and retaining a diverse and talented staff.

“We see this as an effort to accelerate and deepen equity work that is already happening,” said Andi Summers, executive director of The Foundation for Portland Public Schools.

As Portland’s student body has become more diverse, the diversity of those who teach them has lagged behind, something Portland Public Schools Human Resources Director Barbara Stoddard hopes this new funding will help with.

Stoddard said there is not a target in terms of how many educators of color the district is looking to hire through its diversification efforts. The goal, however, is to diversify the workforce at all grade levels.

“We need a diverse staff at every school and every grade level,” Stoddard said.

In 1989, fewer than 10% of Portland students identified as Black, Indigenous or people of color (BIPOC), but by 2010, that percentage had grown to 35%. Currently, 48% of students identify as BIPOC. Since the district began tracking racial demographic data on staff in 2016, the number of employees of color has risen from 6.6% to 10%.

“When I talk to students they often tell me how important it is to them to have a faculty that more closely reflects their experiences and backgrounds,” Superintendent Xavier Botana said. “This has been a priority for us as a district for the past four years and while we’ve made gains, we have a great deal more work to do.”

Over the last few years, Summers said “there has been increasing research that show when children, particularly Black children, see just even one person who is a reflection of what they look like, it makes them feel more comfortable,” which can have “an achievement and graduation rate impact.”

How exactly the money will be spent has not been finalized yet, but Stoddard said it will be used to boost the city’s internal and external human resource. Internally the money may be used to support employee’s course work to obtain certification or licensure testing or for mentoring individuals looking to transition into a new role within the district. The money could also be used for district leaders to travel to out-of-state recruitment events and invite existing staff of color to join to advocate for the Portland School System.

“We feel our existing staff is the best ambassadors for Portland Public Schools,” Stoddard said. “In the past we have not had money for recruitment efforts beyond state borders.”

Summers said some of that out-of-state effort could include recruiting in areas where there are a lot of teachers of color or at historically Black colleges, as well as work to get foreign-trained teachers and educators certified and employed in Maine.

Stoddard said recruiting a more diverse workforce to the state of Maine and Portland will be challenging.

“If we want to attract candidates outside of Maine, we need to share information of who we are, what are our values and about the city,” she said.

Emily Doughty, the department’s educator effectiveness coordinator, said additionally she and other representatives from the Maine Department of Education joined 40 educators from other New England states on New England Secondary Schools Consortium’s Task Force on Diversifying the Educator Workforce on a report of regional recommendations to increase the racial, ethnic and linguistic diversity of the educator workforce in New England.

Furthermore, in its efforts to combat racism and inequalities in education across the state, the department is conducting an equity audit of its policies and hiring practices, investing in racial equity training for department staff and working to reduce the barriers of state certification for internationally trained teachers, among other things. To that end, as part of the emergency order from Gov. Janet Mills, the department may issue an emergency certification through Sept. 1 to individuals who have a four-year degree, are in a teacher preparation program or who have been similar credentials in other countries. The order also states the department can issue teacher certifications to individuals who are certified to teach in other states or countries, but who are not certified in Maine.