Rippleffect working to get kids outside this spring

The pandemic has meant Rippleffect’s Cow Island is off limits, forcing the Portland-based organization to shift its programming.

After a summer and fall of programming pivots due to the pandemic, Rippleffect is planning to get creative again to get Portland middle school students outside this spring.

The nonprofit organization will get students outdoors and physically active at parks near their Portland schools, according to Executive Director Adam Shepherd.

He said he hopes to get the students back out to Cow Island, the organization’s private Casco Bay island, for day and overnight programming by fall.

“Our goal is to get the kids as far afield as possible while still feeling safe,” Shepherd said.

But until then, he said, finding outdoor opportunities is important to give students a chance to connect, and reconnect, with each other.

“Many students are spending the majority of their time on a screen and remote learning,” he said. “Individuals are on their own and not having that invaluable human to human connection.”

For two decades, Rippleffect has worked with between 4,500 and 5,000 students in third through 12th grade throughout the year. The group was founded on the belief that “outdoor experiences can build upon the strength of leadership in individual students, challenge them to become leaders in groups and improve their ability to be leaders in their communities,” Shepherd said.

“Our platform to do that is the outdoors,” he said.

For the last few years, funded partially through a $20,000 grant from L.L.Bean, Rippleffect has been providing four-season outdoor experiences for all of Portland’s 1,430 middle school students. Those experiences range from a day at a city park or at Bug Light Park in South Portland or Fort Williams in Cape Elizabeth to sea kayaking and trips to Cow Island.

Andi Summers, executive director of the Foundation for Portland Public Schools, which raises money for school programming and initiatives not funded through the budget, said the partnership with Rippleffect provides experiences students wouldn’t have otherwise.

“These experiences not only inspire young people to get exercise and be outside, they also give students a chance to build trust and relationships with each other and their teachers that carry over into the classroom and create a foundation for collaboration, taking chances and working through challenges,” she said.

Rippleffect’s programming during the pandemic with King and Lincoln students has been different, but the goal is the same, Shepherd said.

“The focus is still outdoor facilitated experiences and using challenges or games to authentically connect kids,” he said.

The program has helped Julie Lannon’s son, Colin, an eighth grader at King Middle School, stay focused on his academics while providing him opportunities not traditionally offered in school.

Colin, who has participated in Rippleffect programming in the past, was old enough to stay home alone, she said, but not three days a week. She was looking for some sort of structure and sense of normalcy for her son, and Rippleffect’s Adventure Academy seemed to be the right fit.

“I believe in the whole concept of the healing power of being outdoors,” she said

Lannon said she is glad Rippleffect was “able to think outside the box” and offer the program. 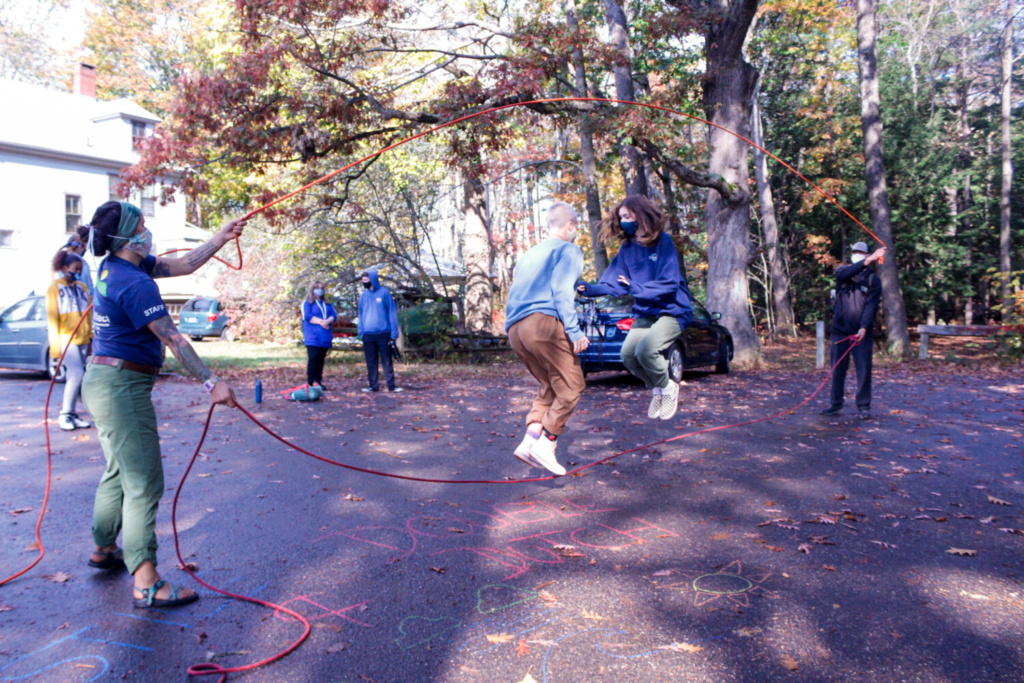